Navigate back to the homepage

Introduction to Functional Programming in Kotlin

This paradigm is not new to the programming world. Ever since the adoption of Kotlin by Android Devs, this language has opened up a lot of doors within the Android ecosystem. One such door is functional programming. I have been experimenting it for some time and consider this series as my personal notes

This pit stop is all about introduction to functional programming(FP) paradigm. We’ll take a step back and understand what is meant by function. What problems does it solve, why we preach to Functional Programming.

Apart from the long-running meetings, tackling opinions, chasing reviews merging tickets, neck pain and caffeine addiction, one of the worst nightmare of every programmer is bugs. It never discriminates an entry-level or advanced programmer. It can be of different forms. That’s why we keep writing tests and also employ people to find and squash them.

For most of us, tackling bug would be like a part of our job or life. But consider if you are writing a program to launch and manage rockets — take a moment and think what will happen if you introduce a bug in the system?

You might kill astronauts and cost millions of taxpayers money. How about the bugs in any of the medical diagnosis or assistive technologies? You’ll put lives at risk.

I hope we agree that bugs can cause serious threats. It’s our responsibility to write safer programs. I understand, programs are written by humans and we do make mistakes. But we should try our best.

How do we make our programs safe using FP concepts? Some common strategies are

If you are not aware of FP concepts, this might sound super bizarre to you. You are not alone. We might be reading a lot of ways on how to do the above things better, but avoiding? can’t imagine right?

To understand what a function is, let’s take a step back to our programming 101. You would have learned that a function or method is a procedure or a routine that performs a specific task. It can have 0 or more arguments and can return none or one value.

In the functional programming world, this definition or explanation does not apply. A function in FP is equivalent to a mathematical function. 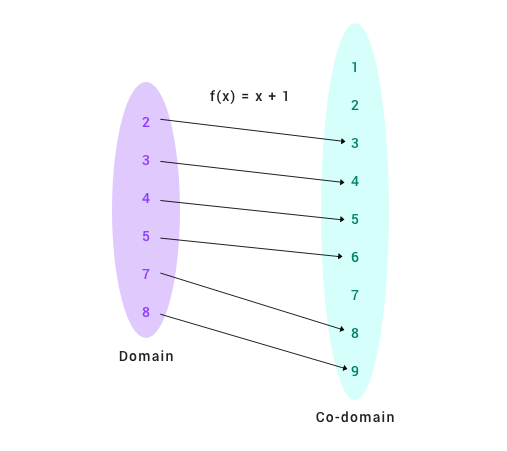 If you look at the image above, the domain is one set and it’s mapped to another target set aka co-domain, for the function

We substitute values from the domain in place of x and the desired result is mapped to the codomain. The mapped values in the codomain are called the image of the function f(x).

Some of the common rules of function mapping are

Fun fact: There are other types of functions, such as inverse function and partial function (out of scope for this series ✌️)

In programming notation, especially Kotlin considering this series, we represent the function as in Kotlin way: (A) -> B

Technically, it does not add one. It just produces an image for every value of x. So it’s always good to remember that function definition is different. The naming is not a literal translation and it does not have the same meaning or relationship.

Functions are like legos, meaning — you can use them to build or compose other functions. In other words, function composition is an operation on functions to produce a new function.

The composition of a function f over g is usually denoted as f o g. This is pronounced as f of g or f round g or can be denoted as f(g(x)). Which gives us,

Fun fact: You can also compose g o f, but f o g and g o f are not equal operations. they may result in the same sometimes though. If we compose g round f for the above functions,

If the equations are confusing for you 👇 (you are not alone 🤫) 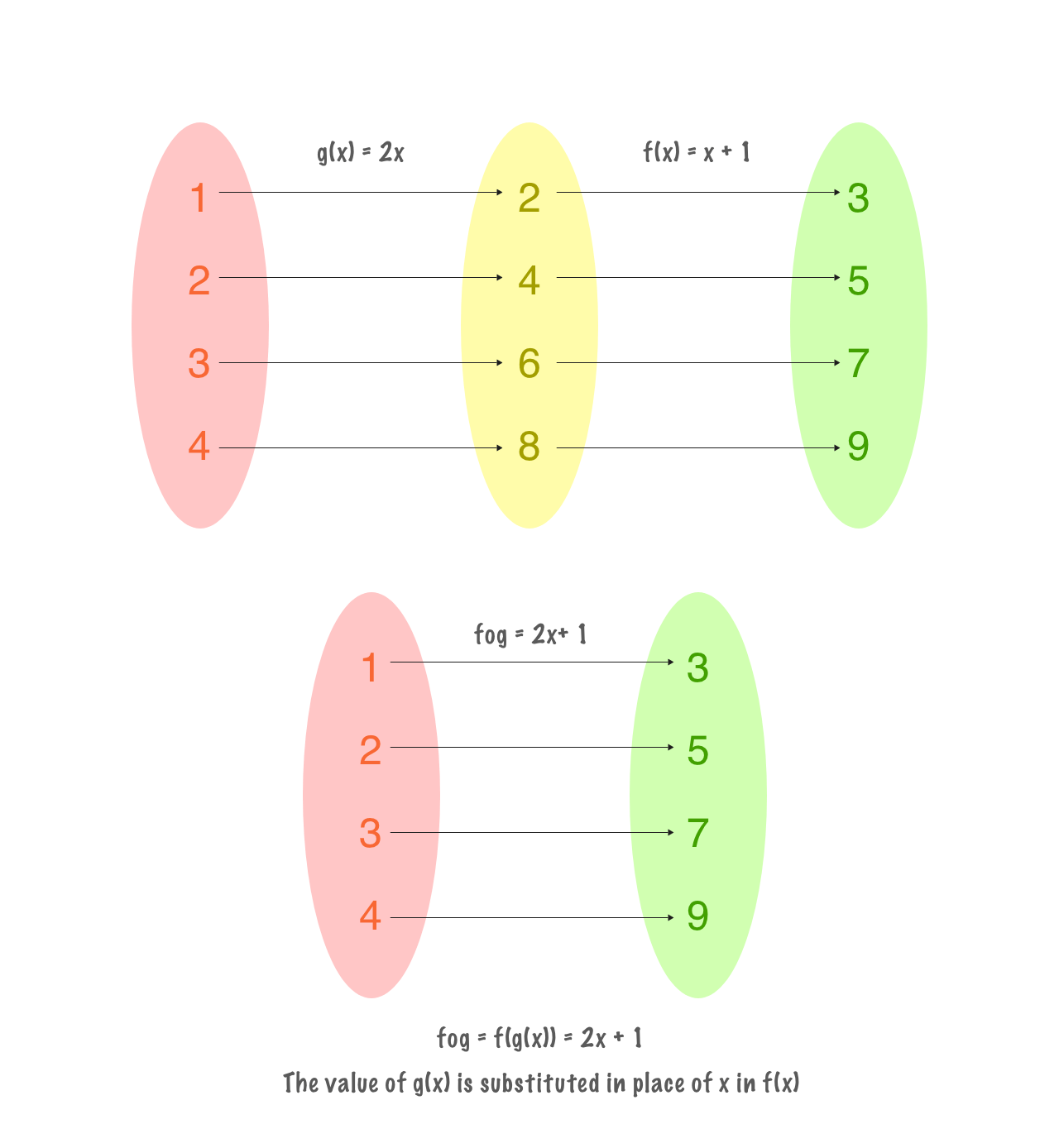 If you are excited about this, you can draw how g o f would look like the picture above. You’ll definitely see that for the mentioned f(x) and g(x),

If you think you have learned something new or if you like this series or you want to boost my morale to publish the next pit stop fast, please share the post

Thanks a lot for reading this article. Stay tuned!!